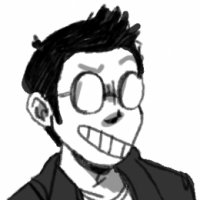 Okay.  Here are the rules.  I know you are eager to get going, but I have to stress this to you.  You are not to be seen exercising any displays of power. In any form or fashion. If you are discovered doing anything other than your designated diplomacy work, I will have to collect you and then we will be back in the Capitol faster than you can download a OS egg.

You have your wards, use them. I have successfully equipped them with placebo IDs, the keys have been sent to each of you to modify as you require.  Don’t abuse it, as you’ll obviously get caught.

Your mission as it has been described to me multiple times is to dismantle the ruling board of palace city.  I’m not going to pry or tell you how I feel about that idea, but I will suggest:

make sure people are actually open to that idea.  Nobody will cotton to the dethroning of their leadership, if they dont trust the guy stepping in behind him. So make sure you put some effort into building up a good replacement, and no – you can’t place yourself as the defacto leadership of Palance city.  even if you are successful, if it gets out that someone from Capitol City forced their way into the ruling board just to take a seat for himself, i’ll be more than just your head and mine on the chopping block.